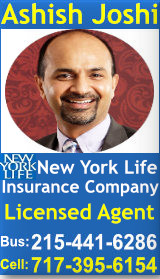 When it comes to cars, Indians across the U.S. tend to buy in a similar fashion.

Go to any Indian function, Hindu Temple, Church or Gurdwara in Delaware, New Jersey or any other state, you will find mostly Toyotas, Nissans, Hondas and a few Lexus cars and SUVs in the parking lot.

In the Indian mind, you can't go wrong with a Japanese car.

Some 10 years back, wealthy Indian doctors, businessmen and scientists invariably tended to buy a Toyota Camry or Avalon, but now their choice is for high-end cars like Lexus.

For the convenience of Indians living in Wilmington, Newark, Bear, Hockessin and New Castle, we list below a few dealers selling Japanese cars.